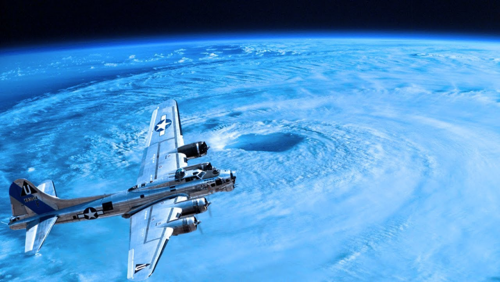 The Eye of the Hurricane!

The Eye of the Hurricane! Are you kidding me?

Meteorologists talk most of the time about hurricane when concentrating on its parts, for instance, in reference to its formation, as the eye wall, and when the hurricane is strengthening, they define it as the eye of the hurricane.

These affirmations can be found detailed almost everywhere, as it is described in the following excerpt:

“Hurricanes consists of three major parts: the eye, eye wall, and rain bands. The eye is the calmest part of the hurricane located in the center.”

Unfortunately, for this scholar, the above-mentioned asseveration is incorrect.

It is incorrect because mostly meteorologists’ descriptions are focused on the word: Eye. That is, it! There is not such “eye” in one hurricane. The hurricane does not have/possess an eye; the hurricane just have/ possesses a Vortex.

Vortex is a notion that derives from the Latin vortex.

The concept names a flow that rotates in a spiral sense, like a whirlpool. More precisely, it can be said that vortex is that which has vorticity.

The term vorticity is defined as a quantity that quantifies the rotation that a fluid performs, and it is used precisely in the field of fluid mechanics, as well as in meteorology.

From a mathematical point of view, vorticity is defined by the rotor's velocity field and is a vector field.

The rotor is also known by the name of rotational, and it is a vector operator that expresses the tendency that a vector field must induce rotation around a point.

On the other hand, about this climatic phenomenon, the central zone of a hurricane is called a vortex [Julián Pérez, J. &Gardey, A. (2015). Definition of vortex. Retrieved from https://definicion.de/vortice/ ].

Subsequently, do not say the eye wall, say the vortex wall.

Any feedback is highly appreciated: edudolphinmfw@gmail.com