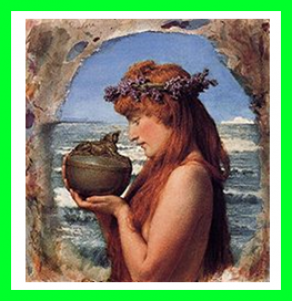 Unfortunately, the Pandora's Box was opened on January 20th, 2021

Pandora's box is an artifact in Greek mythology connected with the myth of Pandora in Hesiod's Works and Days.

He reported that curiosity led her to open a container left in care of her husband, thus releasing physical and emotional curses upon mankind.

Later depictions of the story have been varied, while some literary and artistic treatments have focused more on the contents than on Pandora herself.

The container mentioned in the original account was actually a large storage jar, but the word was later mistranslated.

In modern times an idiom has grown from the story meaning "Any source of great and unexpected troubles", or alternatively "A present which seems valuable but which in reality is a curse".

According to Hesiod, when Prometheus stole fire from heaven, Zeus, the king of the gods, took vengeance by presenting Pandora to Prometheus' brother Epimetheus.

Pandora opened a jar left in her care containing sickness, death and many other unspecified evils which were then released into the world.

Though she hastened to close the container, only one thing was left behind – usually translated as Hope, though it could also have the pessimistic meaning of "deceptive expectation".

From this story has grown the idiom "to open a Pandora's box", meaning to do or start something that will cause many unforeseen problems.

A modern, more colloquial equivalent is "to open a can of worms".

Etymology of the "Box"

The word translated as "box" was actually a large jar (πίθος pithos) in Greek.

Pithoi were used for storage of wine, oil, grain or other provisions, or, ritually, as a container for a human body for burying, from which it was believed souls escaped and necessarily returned.

Many scholars see a close analogy between Pandora herself, who was made from clay, and the clay jar which dispenses evils.

The mistranslation of pithos is usually attributed to the 16th century humanist Erasmus who, in his Latin account of the story of Pandora, changed the Greek pithos to pyxis, meaning "box".

The context in which the story appeared was Erasmus' collection of proverbs, the Adagia (1508), in illustration of the Latin saying Malo accepto stultus sapit (from experiencing trouble a fool is made wise).

In his version the box is opened by Epimetheus, whose name means 'Afterthought' – or as Hesiod comments, "he whom mistakes made wise" [Retrieved from https://en.wikipedia.org/wiki/Pandora%27s_box ].